skip to main | skip to sidebar

Why Android is in Trouble 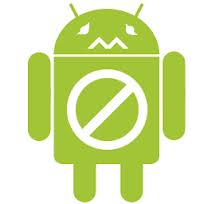 I have been considering my last post, the one where I boldly announced the death of the tablet. I am now wondering if I should have entitled that post Why Android is in Trouble.

The Samsung Galaxy and other Android phones are flying off the shelves in record numbers. I even have an android phone - an older Motorola Atrix - which I quite like. Android is, in fact, leading all competitors in mobile devices sold right now. So how is it possible that Android could be in trouble?

As I previously suggested, it appears that tablets are making the switch to non-mobile operating systems. It follows that phones will do the same. The next logical step is that consumers will want one consolidated operating system for all their computing devises, mobile or stationary.

Apple iPhone users can have a Mac environment at their home or office. Widows Phone users have Windows. What do Android phone users have on their desktop? You can bet your bottom dollar that some senior folks at Google are losing some sleep over this.

So this post doesn't really provide any new information. It's just another way of looking at the conclusions I made in the last post. It will be interesting to see what Google does to address this over the next 12 months.
Posted by Steve Kibble at 3:26 PM